2020 will be remembered for the year that changed the way we live and think and no more so than those that love to travel. Our plans to start our adventures have, like so many, been put on hold – for now at least.

So the question was – what do we do – We have this, in our opinion, fantastic vehicle in which to travel the world but due to circumstances the world has been closed off to us. This is particularly relevant where James is concerned.

The answer – Live on the truck as if you were travelling and that is what we did. The downside was that work would get in the way – at least Monday to Friday. However some time off took us up to Cheshire/Welsh borders and a bit of cycling. It also allowed for further testing to identify if there were any further snagging.

From Cheshire we travelled down to Cambridge for a couple of days, collecting James on route. With all things Covid in mind, a deep clean of the truck was undertaken before picking him up and being selfish no visitors allowed. We spent a couple of days on our own taking in the sites. 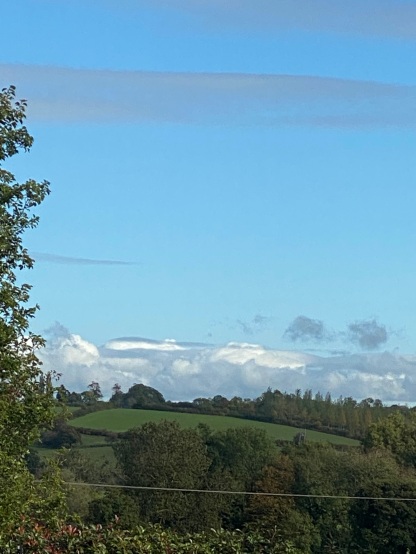 We moved on from Cambridge into Warwickshire where we have spent the last month or so, combining some recreational time with work. It has allowed us to really test out the systems on the truck and identify those little areas that will require the truck to go back to Ian for some adjustment. No more so than when James got a chest infection and rather than a hospital stay, he was looked after in the truck. The little hidden gems that Motorcraft put in when building the truck really paid of – the pull out shelf by his bed to put his medical equipment on, to the electrical sockets hidden underneath so we could connect them up. The battery power was certainly tested over that week.

It certainly hits hard when we have to leave and go to work. 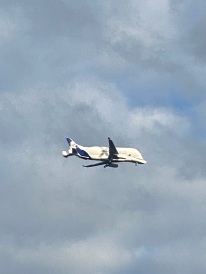 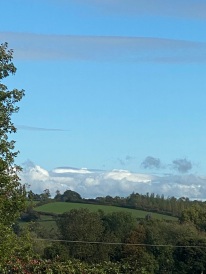 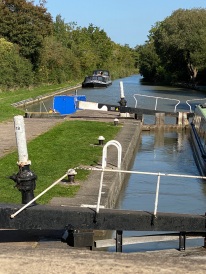 We also took the opportunity to prep the truck for the winter, re-doing the floor and outside for the winter. Ached in places I didn’t know existed!!!!!!! 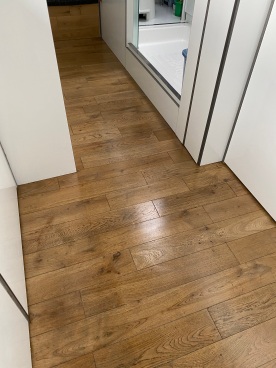 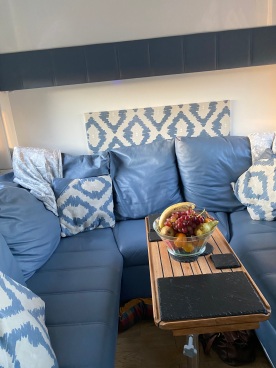 The generator problem was investigated by Webasto and identified. A little bit of readjustment by Ian and we were all good to go.

A weekend away in the Lake District was the first port of call. As it was just after the Government relaxed the quarantine and campsites were allowed to open. The chance of getting anywhere that would have availability was slim and many phone calls later proved to be the case. Suitable off road locations would need to be found.

Needless to say Lake Windermere and Conniston Waters were packed and there wasn’t anything suitable. A spot about 40 minutes away was found and a good weekend was had.

The scenery was stunning. It is sometimes forgotten just how beautiful our Country can be. Only a small part of the Lakes was seen and no doubt much more time will be spent there. 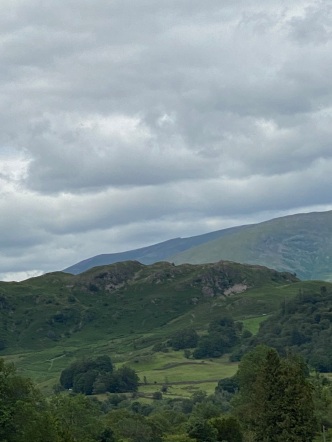 At the beginning of August the Government relaxed the shielding restrictions and James was allowed to have face to face contact.  The look of excitement on his face when he saw the truck parked up was priceless. Managed to get a farmyard in Fens for a couple of days. The farmyard was attached to a campsite, which was full, so there was access to the sites facilities. In keeping with the COVID guidelines there was no contact with others but long walks and stunning sunsets made it all worthwhile.

Having the two air conditioning units going full flow for most of the day gave some indication as to the battery drain. 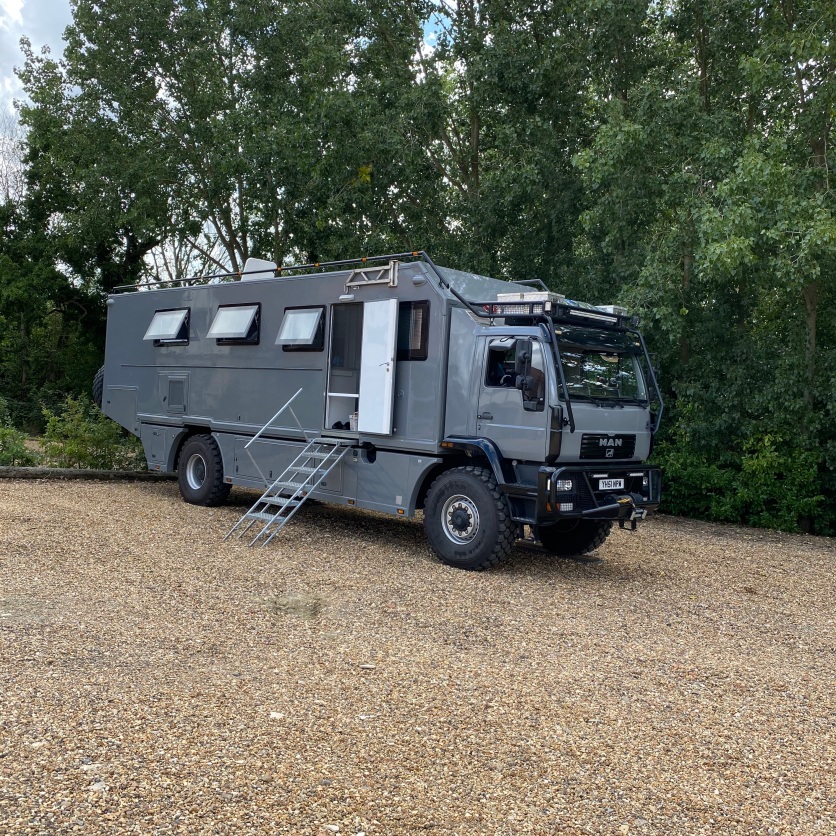 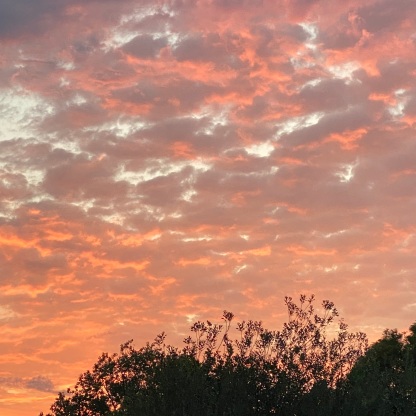 A little taste of the future

I hope this post finds everyone safe and well.

Just prior to taking the truck back up to Motorcraft we managed to get away for a few days up to Norfolk. However in true fashion whilst it was dry throughout the day it just happened to be the weekend that the UK was hit by storm Dennis.

There we were sitting on top of the cliff rocking as if we were on a boat. However, it was a good test of how the truck would manage in strong winds especially as we are looking to visit the North of Scotland. The truck coped well but we decided to ask Ian to install some stabilisers at the back of the truck.

During the day James enjoyed the freedom from hospital and we spent a good few hours wandering the Countryside, looking under trees and enjoying the scenery. 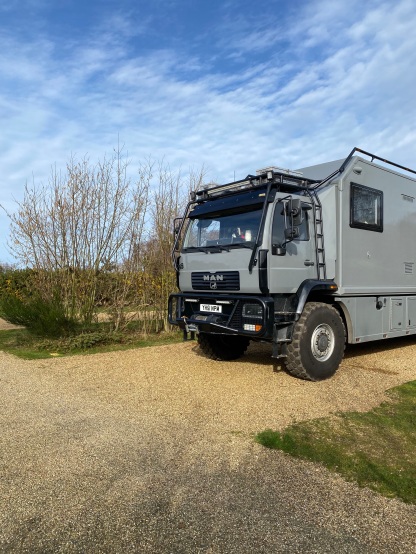 The truck went back up to Ian middle of February with the understanding that he wouldn’t be able to complete the snagging issues and fit the stabilisers until the end of March. Then the world changed as we know it.

Lockdown started and to compound matters James tested positive for Covid 19 on Good Friday.  14 days of self isolation and sleepless nights followed until he got the all clear.

Ian decided that he didn’t like the windows and as he had developed a different window, he was going to replace the windows on the truck.When we were away with the truck at Christmas we discovered that the Webasto/Whisper power units were not working as they should and the generator was not automatically starting when it should. As Webasto had signed the system off this would need to go back to Webasto for investigation.

Good news was that James was putting on weight. The bad news was that we would no longer be able to lift him into the truck and would have to get a hoist fitted. A quick phone call to Ian to explain the circumstances. True to form Ian stated that it would be no problem and to leave it with him.

Phone call last week to say that the snagging issues had been completed. New windows were installed and hoist designed, manufactured on site and fitted. The boys at Motorcraft really are a marvel when you see what has been designed.

We are now outstanding the issue with the generator. Hopefully Webasto should be able to resolve that in the coming days and then we can start to look forward to trips away when James comes out of isolation.

I am conscious that it has been a number of months since we have posted anything onto the blog.

There has been a very good reason for that. At the beginning of August, James was rushed into hospital with double pneumonia, Sepsis and fluid on the lung. The medical prognosis was not good and we spent almost 3 months by his bedside day and night.

During the dark times, James would perk up when shown photos of the truck and talks of our upcoming adventures. Confounding all medical opinion, James left hospital 10 weeks after being admitted.

Unfortunately he was re-admitted two weeks later with another bout of pneumonia and the cycle began again.

We all managed to get home at the end of November and Christmas and New Year was spent testing the truck. This was extremely useful as we managed to get all four seasons within the space of a couple of weeks and highlighted some small snagging issues but nothing major.

Just as we were arranging to take the truck back to Motorcraft to get the snagging issues dealt with, you guessed it, James was re-admitted to hospital with another bout of pneumonia. This time life was a bit more bearable as we postsponed returning the truck and parked it close to the hospital.

The truck has now gone back to Motorcraft (Now called Motorcraft Adventure Developments) for the small snagging issues to resolved.

The moral of the last few months is simple. Never under estimate the power of a dream. It really can be the difference between life and death as we have found out.

It was always the intention to travel for about 18 months in the UK before setting off on our adventure. This was for a number of reasons:-

To familairise ourselves with how everything worked and what could and could not be switched on at the same time.

To make sure that all the adaptions that had been made for James were suitable.

So that being said our first trip was to the Allrad and Abenteur in Germany. We managed to secure a exhibitors pitch and were joined by Ian and Mick from Motorcraft. It was nice to see that we were the only UK Company displaying an expedition vehicle and it appeared to go down very well with our European Neighbours. We had a quick stop in Calais on the way back and again James took great delight in showing fellow campers around the truck.

We took the truck back to Motorcraft when we returned to get some of the snagging sorted. What we did discover on our trip to Germany was that one air conditioner weas not enough so another was ordered from Spain. The truck would stay at Doncaster to get fitted.

We had bought tickets for the British Grand Prix and Ian brought the truck down to the Campsite for us. We stayed at the main campsite – Woodlands- and again the truck manged to attract its fair share of attention. Many an hour was spent explaining the concept to our fellow campers.

We had passes for Siverstone Racing Club and spent the majority of our weekend there. It is difficult to comprehend the speed of the racing cars from television but standing trackside it really amazes me how they manage to get those cars to change direction at the speed they are doing.

We were in perfect position to see Hamilton overtaking Bottas at Luffield. 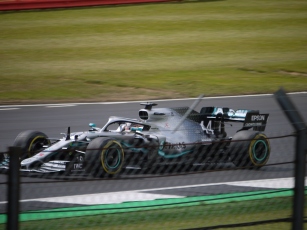 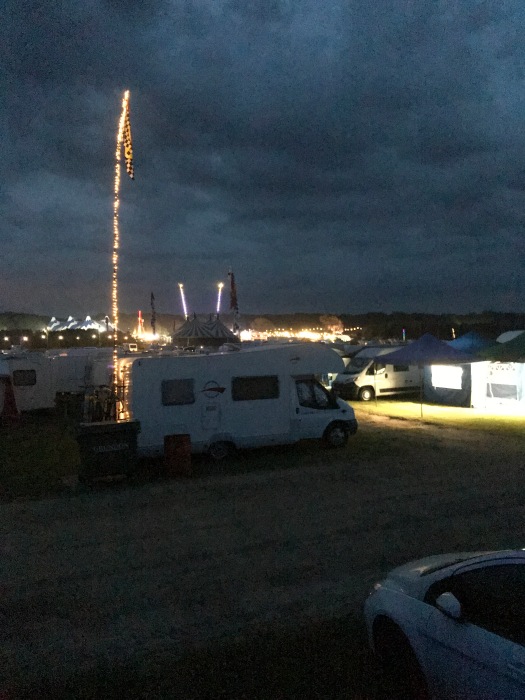